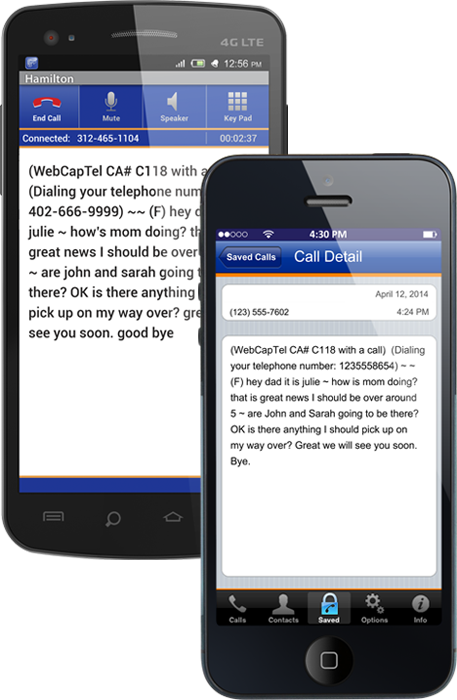 Hamilton CapTel is committed to providing you with proven captioned telephone technology. That’s why we’re working on some new changes to our mobile and web-based services. Whether you’re an Android or iOS smartphone user or looking to see every word a caller says on your tablet or computer, Hamilton CapTel has a solution for you. If you have any questions about Hamilton CapTel products, please contact our Customer Care team.

What should I do?

Want to know when the new update becomes available? Please fill out the form and we’ll notify you as soon as it’s released!

What if I already updated my device?

It’s okay – you can continue to use Hamilton CapTel through your browser on a PC/Mac or tablet. Learn more about our web-based solutions.

Updates to the operating systems on Apple and/or Android devices do not affect the use of Hamilton CapTel for PC/Mac - there continues to be no special equipment or software to download. All that’s required is an Internet connection, standard web browser running the latest publicly available browser version, any telephone (mobile or landline) and a Hamilton CapTel account. Learn more about our web-based solutions.

Hamilton CapTel 840i or 2400i Model Phone Users

Updates to the operating systems on Apple and/or Android devices do not affect the use of your Hamilton CapTel phone.

Get E-mail Status Updates about the Hamilton CapTel Mobile App

Thank you for being a Hamilton CapTel customer

Rest assured we are committed to providing you with proven captioned telephone technology you can count on. If you want to be notified when the Hamilton CapTel app is ready and available for download with iOS 11 or Android 8.0, sign up and we’ll let you know!